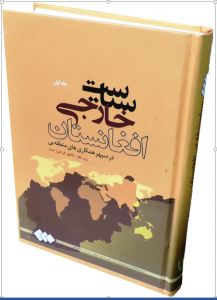 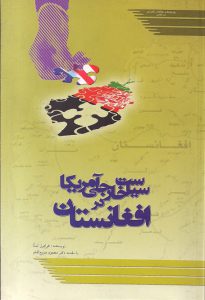 After September 11th, the new active role in NATION BUILDING has taken a new step in foreign policies in USA. This policy is based on the Neoconservatives thoughts. Exploring of this idea is pivotal in understanding the new role of USA in the world. The USA attacks on Terrorism (Al_Qaida & Taliban) in Afghanistan [as an eastern part of the BROADER MIDDLE EAST AND NORTH AFRICA INITIATIVE, reinforced the passive policy of USA. This event is the cause of penetration of USA in the Russia’s historic zone. In other side, two other giant states (china and India) are very sensitive on USA’s attendance. The prospect of these countries against terrorism and attainable opportunities to fighting fundamental Muslim groups (in Chechnya, Sin kiang & Kashmir) are crucial points to coordinate USA.

The BMENAI That Propounded to changing the states structures in the Middle East implemented in Afghanistan: improving democracy, creating the knowledge oriented society and supporting the private sector to expanding the economic opportunities, could uproot the roots of terrorism in this region.

At first the USA should put all her leverages in establishing a centralized powerful government, but the remainants of illegal armed groups -after the long period of interior war- are big obstacle to fulfill the nation building process. Disarmament of these groups and other MUJAHIDIN is accomplished in two phases for gaining security and peace in Afghanistan:

Other important program is Nation Building and reconstruction of political, economical and social infrastructures and rebuilding ruined sectors after Taliban. These priorities are being considered by all conference held about Afghanistan.

All these acts for Fighting Terrorism and Supporting of State, Market economy, Democracy, Human rights, Women role and Expanding of western culture, can explained by inter-paradigmic view between new realism and new liberalism as a Realistic new liberalism Theory.

Section I – US Foreign Policy, Great Middle East and Terrorism